Persian cuisine is a tremendously popular cuisine that is loved all around the world. Unfortunately, however, Persian food must typically be enjoyed in old-school Persian restaurants. The cuisine just has not been modernized for the on-the-go consumer who is looking to enjoy the delicious cuisine at a Farmer’s Market, food festival, or even to prepare something in their home. Baaz Bites is one of the few places to go for a modern take on traditional Persian classics. They’ve taken some of the most popular items in Persian food, whether it’s ghormeh sabzi, gheymeh, fesenjan, or tahdig, and have both vegetarianized them and modernized them for the mainstream consumer. They’re now shipping their delicious tahdig rice cups nationwide as well!

The Essence of Persian Tahdig

Tahdig is, without a doubt, Persian cuisine’s most famous and delicious dish. It is known to be one of the most authentic and widely popular dishes in Persian cuisine. Tahdig is made up of traditional Persian basmati rice and is often accented with hints of turmeric or saffron. Both the Iranians and foreigners love the taste and royal flavors of the Persian tahdig, and its crunch is absolutely irresistible.

Tahdig forms when Persian rice crisps at the bottom of the pot when making an entire pot of basmati rice. In fact, the literal meaning of “tahdig” is “bottom of the pot,” as this is where the rice crisps to golden perfection. Tahdig must be enjoyed immediately after it is prepared. Leaving it out or re-heating it results in it losing its crispiness, which takes away from the main attraction of the dish. Tahdig can either be enjoyed on its own, or paired with Persian kebobs or Persian stews. 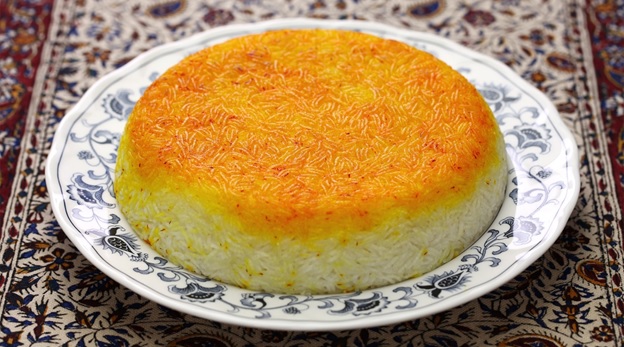 Persian cuisine largely falls into three camps. In one camp, there are various meats and kebabs, such as lamb or chicken. In the second, there are a variety of different Persian stews, from ghormeh sabzi to fesenjan to gheymeh. And lastly, there are different types of Persian basmati rice dishes.  When consumed together, the crispy rice and stews make for an amazing combination for Iranians and Persian food lovers in general to savor. Due to their rich cultural heritage and immense love for food, most of the items in the cuisine consist of sautéed herbs like leeks, parsley, and coriander.

While Persian crispy rice is a dish that requires years of practice and effort to master, Baaz Bites now, fortunately, ships the tahdig directly to you! Even though we stated that tahdig is best enjoyed immediately after being prepared, they’ve figured out a way to freeze their Persian crispy rice cups so that they are as crispy and delicious after being heated up, and end up tasting fresh!

Tachin is a very unique version of tahdig. Essentially, tachin is tahdig, but with a bed of rice underneath it. The tachin is then often topped with cranberries for added beauty. 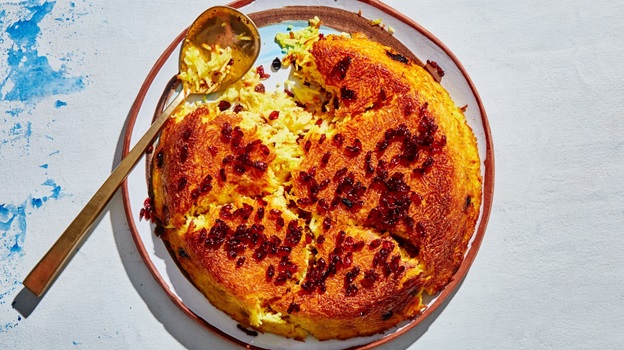 While plain white basmati rice tahdig is the most popular type of tahdig, in reality, tahdig refers to any Iranian dish that has a crispy bottom. It does not necessarily need to be made out of rice. There are various types of tahdig, in fact. Many people cook tahdig with the crispy part at the bottom consisting of pasta. Sometimes, lavash bread or potatoes are used to make the tahdig base. Regardless of what ingredient you use to make your tahdig, crisping it to absolute perfection should make for a delicious dish! 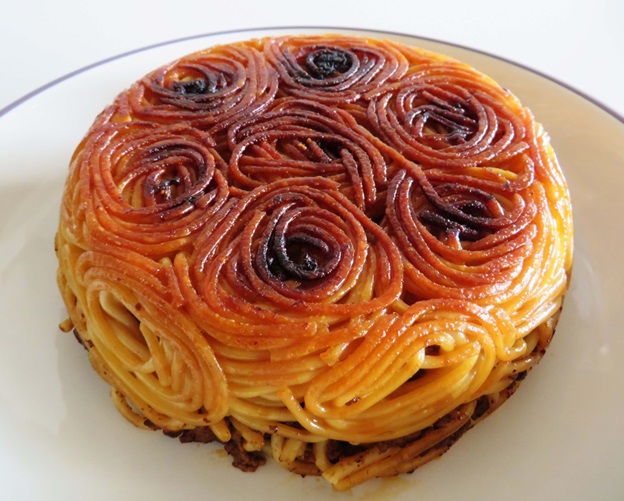 If You Are Looking for an Electric Smoker, You Have Found the Place