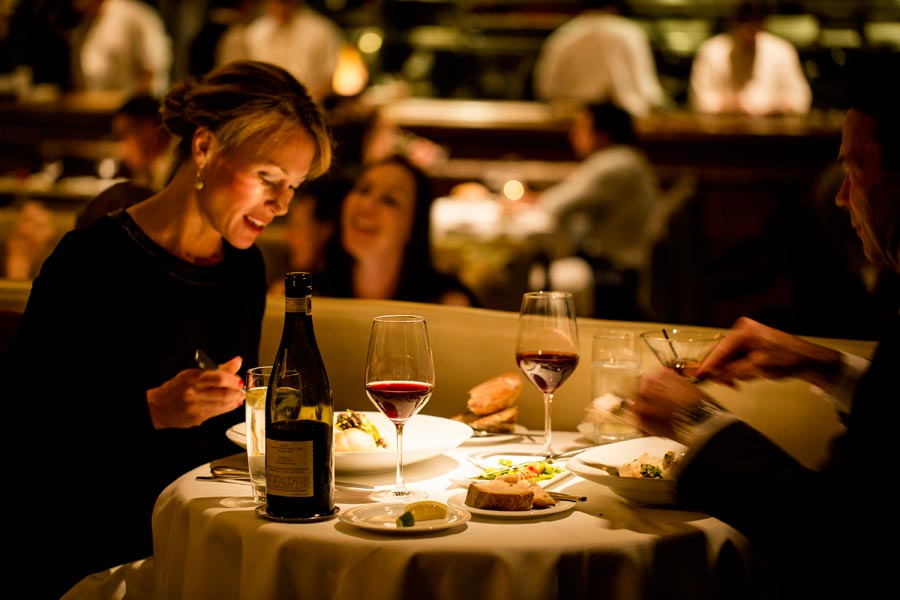 A recent Bon Appetit article claimed that there were 7 foods that were nearly impossible to pair with wine.  Imagine my horror when I saw that it was a list of my favorite veggies!  The article claimed that pairing the wrong wine with these otherwise delicious foods would create a sulfur bomb in your mouth.  This sounded disgusting to me but I was also very intrigued.  Would it really taste that bad?  What if you added a sauce or marinated the veggie first?  Was it just when both the food and the wine were in my mouth at the same time or would that sulfur taste linger?  I had questions.

I showed the article to my friend Ellen, of the blog Scrumptious Gruel and the podcast The Whine Situation, and asked her what she thought.  She is my wine friend.  Specifically my wine booty call friend.  She spent 6 of the 12 months I’ve known her taking the advanced level 3 of the WSETs course to become a sommelier.  During that time I would receive text messages from her around 9 pm as she was leaving her class asking me if I wanted to join her at our local wine bar (she is also a neighbor) to do wine homework, naturally.  I learned so much about wine watching her order wine, ask questions and describe the wines she drank.  Thanks to our late night wine happy hours, I learned how to accurately describe what I like to drink and now I can ask for the kind of wine I’m in the mood for at any wine bar or restaurant with full confidence.  Ellen passed her WSET test so she’s an official wine tasting guru and her opinion carries expert weight in the matter of ascertaining whether or not this Bon Appetit article was legit or just click bait nonsense.

So we decided the best way to answer these questions would be to sit down and put it to the test.  I would make dishes with each of the “nearly impossible” foods (artichoke, asparagus, broccoli, cauliflower, kale, cabbage) and Ellen would pair the wine. I was really excited about this little experiment because I love the veggies on this impossible list and now I had an excuse to cook up a veggie feast using all of them!  I was pretty pleased with the way everything came out and I just couldn’t imagine a wine that could make these dishes taste anything less than divine.

I tried to keep the veggies relatively simple lest it messes too much with the pairing. I was really hoping for some crazy bad Hogwarts Jelly Bean type reaction in my mouth.

These artichokes were first steamed and then grilled on the barbecue to give them extra flavor and a little char. I also topped them with my favorite olive oil and mustard dressing.

Pan fried Brussels Sprouts with balsamic vinegar glaze and toasted hazelnuts. I just could not imagine how this was going to taste bad no matter what it was paired with.  It made the whole kitchen smell like heaven.

Good ole roasted cauliflower! I topped it with just a smidge of garlic chive pesto but I left most of the florets bare for taste testing purposes.

I shredded up the brassica and tossed it in a ginger miso dressing. This one I figured might be cheating due to the dressing but meh, who the hell eats this shit totally raw and undressed anyhow???

Now for The Wine

Ellen brought over three wines to try, a Chardonnay, a Pouilly-Fumé and a Cava.  I asked Ellen to share why she chose each of these wines for our experiment and she graciously obliged.

I normally am not a fan of Chardonnay because it’s too buttery and oaky but this was was really nice.

“I wanted to pair one obviously bad choice, one that was a favorite wine of mine because (although there should be no need for an excuse to get into Pouilly-Fumé)I was feeling it, and one obvious slam dunk. Well, since the article claimed such atrocious tastes would be the result of these veggies and Chardonnay that was my first pick. I was tempted to cheat and use a bottle of Chablis, a French wine appellation that uses Chardonnay but in a style that is more akin to a Sauvignon Blanc than the Chardonnays, we make in California. But that would probably pair nicely I thought, so I went to the USA. In retrospect, I’d have gotten the heaviest of Chardonnays perhaps from somewhere in Napa, but I went to the middle ground and picked up Washington wine: 2015 Chateau Ste. Michelle Columbia Valley Chardonnay.”

Next was a Pouilly-Fumé from France. This was my favorite one and I think it was also the fanciest cuz you know, it’s French.

“My FAVE wine I was contested could not be made bad even if beaten over the bottle with an asparagus spear was indeed a Loire Valley Sauvignon Blanc from a favorite organic producer of mine. It was a 2015 Kerbiquet Pouilly-Fumé From Domaine du Bouchot (Loire Valley).” I always love bubbles and because my mom’s family is from Spain I always have a special place in my heart for Cava.

“Lastly my “slam dunk” was a simple low price cava: an NV extra dry cordon negro Freixenet. It promised to be bone dry, non-offensive and powerfully effervescent and acidic enough to counter any veggie bad vibes.”

I even pulled out my super fancy stem wear for this. No jam jars for us tonight!!

I let the pro do the honors.

Now for the fun part, the part we’ve all been waiting for, the big reveal, the taste test.  We decided to start with the Chardonnay because of the author of the article, Marissa A. Ross, said that combined with asparagus it could taste “like a carton of rotten eggs exploded in your mouth”.  I was so excited.  We took a sip of wine first to get a good taste before it turned to shit in our mouths and then took a bite of the asparagus.  Nothing.  Just the lingering taste of yummy wine and the fresh taste of yummy asparagus amandine.  Then we mixed the two in our mouths.  Still nothing.  No rotten egg explosion.  Just the delicate tango of wine and food as nature intended.

Food and wine, wine and food. So far, so good.

We continued to sip and eat and swish and chew and sip and bite and swallow.  Everything tasted just fine.  The artichoke did have the effect of flattening the flavor of the Chardonnay but it wasn’t anything nearly as dramatic as Marissa A. Ross had suggested.  There were no rotten eggs, there was no sulfur blast.  Just the taste of food and wine.  We figured that maybe I had put too much seasoning in the food or that maybe it all needed to be raw to have that kind of reaction to the wine.  But then who eats like that??

We moved on to the Pouilly-Fumé and then to the Cava.  They were both delicious wines and they tasted great with the meal.  Or at least I thought so.  Ellen has a more sophisticated palate when it comes to wine so I asked her to share her notes on each wine for those of you who also have such discerning palates when it comes to wine.

“Okay, so in all fairness, Scheherezade is maybe too good a chef for this challenge. The vegetables were sauced and sautéed in ways that mitigated the offensive parts of their characters a bit. For instance, the fresh lemon zest on those delectable asparagus spears before they found their way onto my plate created a pleasant bridge from the spears to the bottles. Granted, the Chardonnay felt perhaps a bit like it clashed with everything when it came to its oak essence. But Chateau Ste. Michelle is judicious enough in their oak usage that it was not too obtrusive. More like a pointy angle in your mouth. The flavors of the veggies, particularly the dishes with peanuts had an effect of dulling the wine but not in an unpleasant way.  As I suspected the Sauvignon Blanc was a fresh, acidic, and limestone-y delight. It also was the wine affected little by the veggies. If you want a good white for pairing going high-acid is almost never going to be a bad plan in my book! As for the cava, it had a little personality besides being frothy and refreshing. The veggies didn’t stand a chance.

The verdict? I wish I’d brought in a floral wine like a Viognier to pair. I suspect that maybe it might be poorly affected.

Bring in the Red Guns

At some point, probably after a couple glasses worth of sips of the whites, we decided to try a red.  Maybe that would be more a dramatic pairing with the veggies? This wine is so freaking good! We polished it off shortly after we opened it. It’s dangerously good.

I had a bottle of red that I got at a wine tasting a couple months ago that I thought we could try so that our experiment was more comprehensive.  Ellen approved so we opened it up and gave it a taste with each of the veggies.  It was fabulous.  The wine was fabulous.  The food was fabulous and I guess what all of this taught me is that if you love the wine and you love the food you will love them together.  I have listed below each of the wines with their pertinent details, courtesy of Ellen, and if you keep scrolling you’ll find the recipes for each of the dishes.  Run your own taste test experiment and tell us what you think in the comments!! 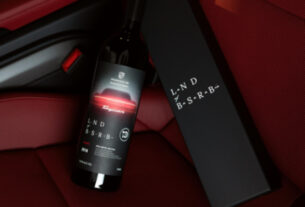 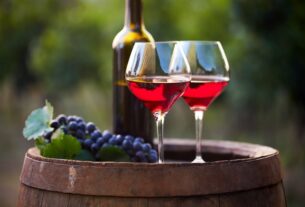 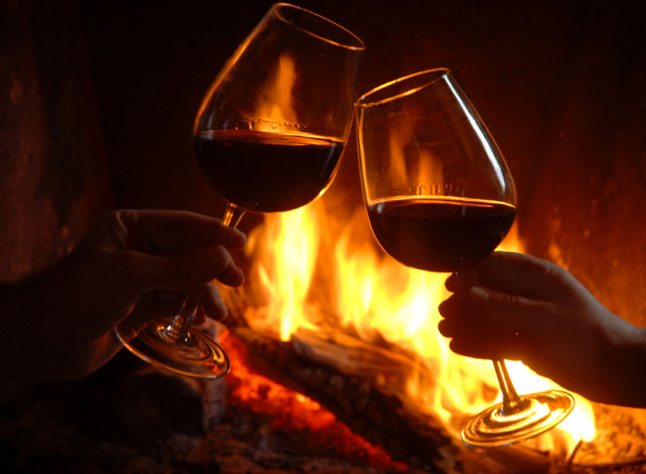